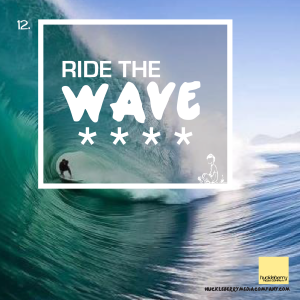 There are a few rules when it comes to social media success, but there are NO guarantees. As a dedicated social media and web manager, the one rule that we adhere to is diligence. While many companies are keen to ride the social media wave and most are gunning for some level of immediate or viral success, the real truth is that only dedication and a timely response will generate positive returns for your company’s social media success. Take for instance the brilliant and immediate response of the Nabisco’s OREO social page managers who captured the wit of the SuperBowl power interruption to deliver the snappy image seen here, an image that immediately was hailed as witty and a positive response from one of America’s most beloved brands.

The new rules of Facebook almost mandate that we must advertise in order to generate the growth of our Facebook Pages – without it, we have seen almost the most major of brands limp slowly to attract even a handful of followers. Advertising is essential to remember and almost always included in any proposal presented to a client by Huckleberry Media Company. But some brands can be exceptions to the rule. Our partnership to promote Trinidad and Tobago’s first Miss Universe, and the first Miss Universe of color, Janelle Penny Commissiong has resulted in an initial and overwhelming response to a nationally loved person and by extension, brand. Her Page can be found at https://www.facebook.com/pages/Janelle-Penny-Commissiong/461555640552849?fref=ts and has so far been greeted with a positive and quick response with little or no official Facebook advertising. Facebook does not necessarily limit the number of users that a post reaches, instead it averages that approximately only 16% of users are online when a post is published*; and by promoting your post, it pushes to users that were offline, the post that they would have seen online, for a longer period of time. Advertising is therefore essential for a brand or page that wants to grow quickly.

The ability to see these opportunities and create a further brand opportunity was also harnessed with the most viral activity in the social-verse to date – the Harlem Shake. While the dance has been watered down into mere mimicry (and an annoying one at times) several companies used the opportunity to remind users of social and digital media of their presence. In Trinidad and Tobago, even one of the national news providers, CCN TV6 news, ended their newscast with a rendition. We take this own opportunity to salute

And so far (and hopefully no more to be seen) our favourite, by Digicel Trinidad and Tobago
https://www.facebook.com/digiceltt?fref=ts

Here’s to riding the waves to social media (and other) success!
– Huck
Visit us at https://www.facebook.com/huckleberrymediacompany?fref=ts